The application is a simple web app - there is a backend API server that needs to talk to a SQL Server instance and web frontend: 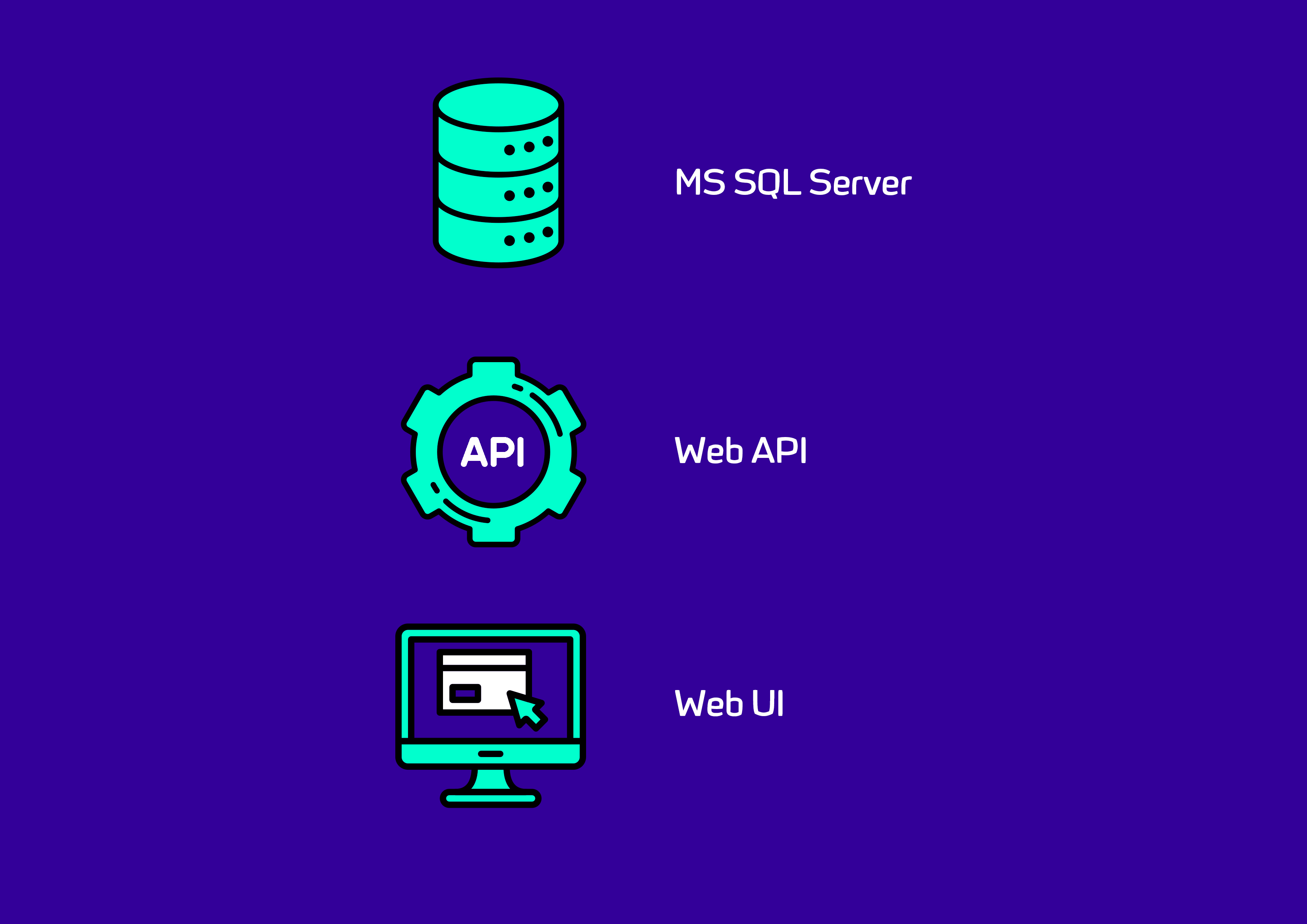 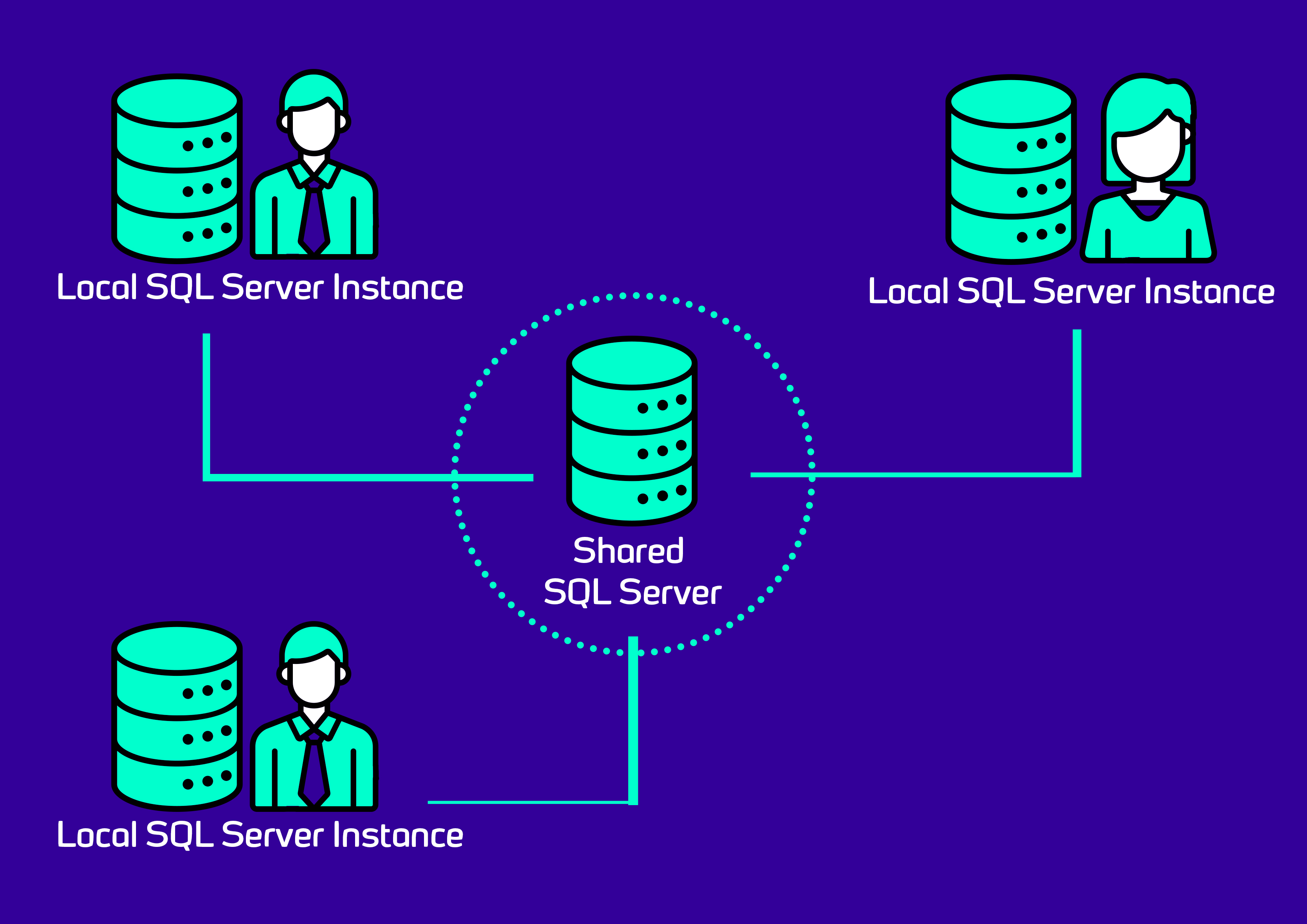 spawn is a good fit to improve the developer experience in such a setup for these reasons:

Creating and sharing a development image#

The first step to adopting spawn within a development team is to create a data image. While it is possible to use a backup as the source for the image, it is preferable to use scripts to create it so that those scripts can be placed under source control.

With the scripts folder in place, the next step is to use it to create the image. This is done by creating a simple .yaml file describing the image to be created:

We can indicate which GitHub teams should have access to the image by specifying the teams field. An image can be shared with multiple GitHub teams; here the image is shared with just one team, red-gate:dev-team-one.

The source scripts folder and this .yaml file should be versioned alongside the application code.

With this .yaml file created, use spawn to generate the data image:

One of the key advantages of working with spawn hosted instances over instances that you manage yourself is the ability to snapshot and roll back the state of your databases. This ensures that your instance is always in a consistent, known state for your development workflow. To create a snapshot of your data container:

Advantages of working in this way#

Having followed these steps, the database setup for each developer on the team looks like this: 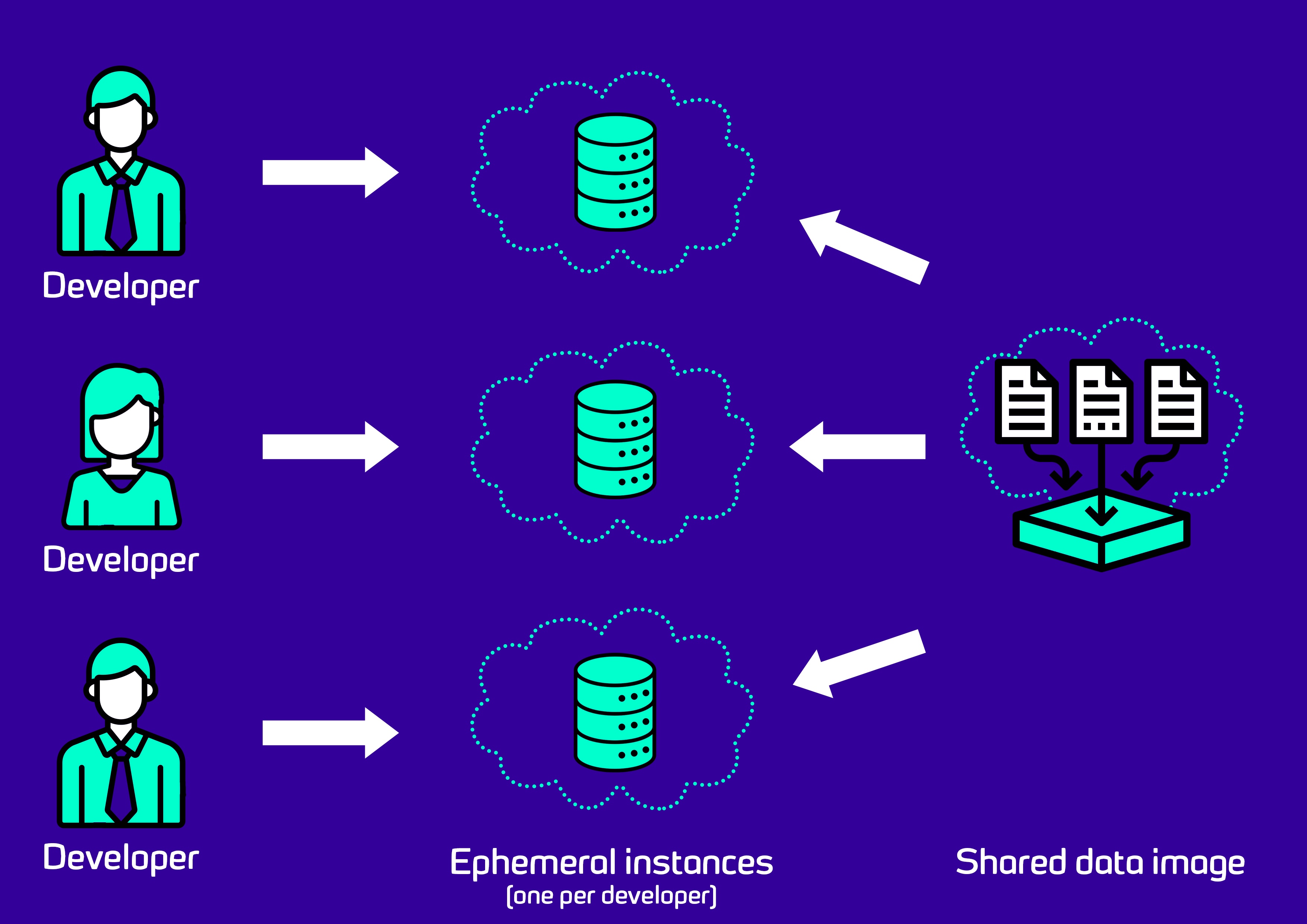 Each developer is now using their own cloud-hosted development database server. These instances can be snapshotted and rolled back independently of each other. Each instance shares the same base data image, ensuring consistency of schema and data between the instances.